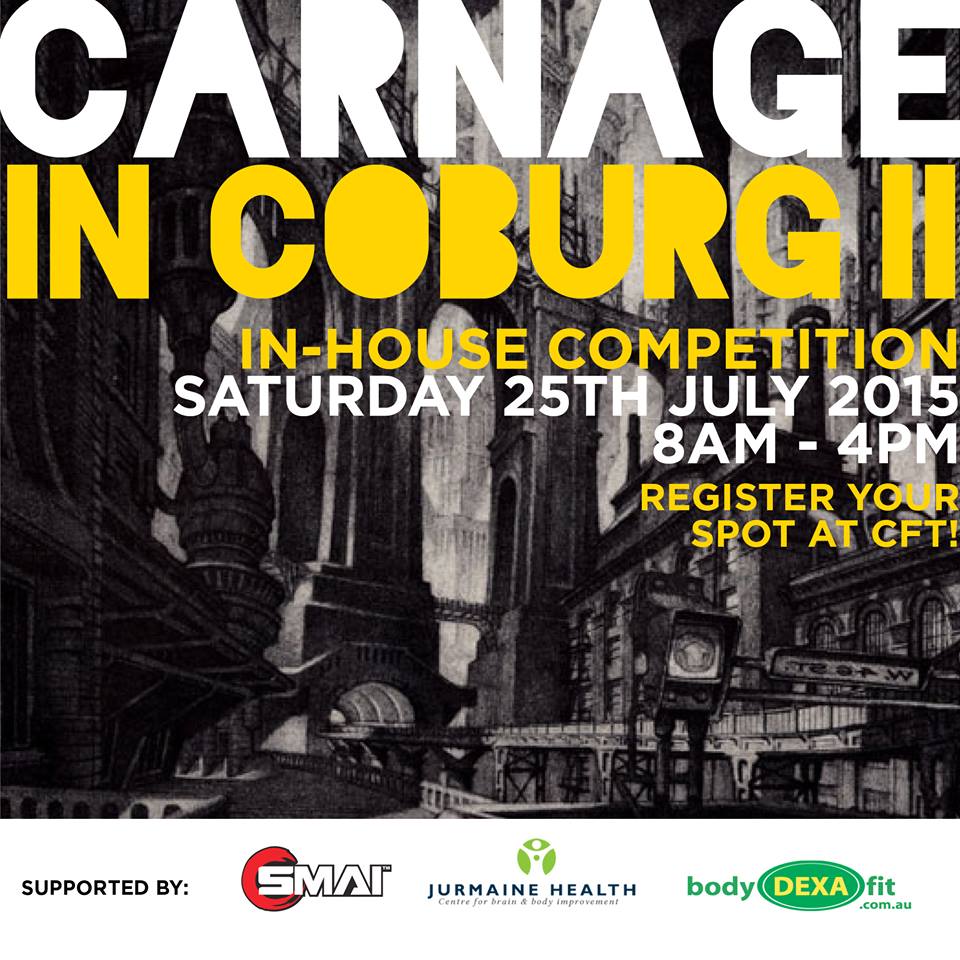 On Saturday, we held our second annual in-house individual competition, “Carnage In Coburg II”. With the introduction of some big name sponsors, a huge prize pool and a hungry field of highly competitive athletes, the day had a “big match” feel to it!

We opened with two events running simultaneously, both designed to test the athletes capacity in a sprint setting. A short triplet of rowing for calories, lateral jumps over the rower and kettlebell swings had the athletes digging deep to prevent the inevitable onset of burning lungs! With very little between the top athletes, Jamon set the pace in the males division with Kate & Jen finishing the fastest in the female division. 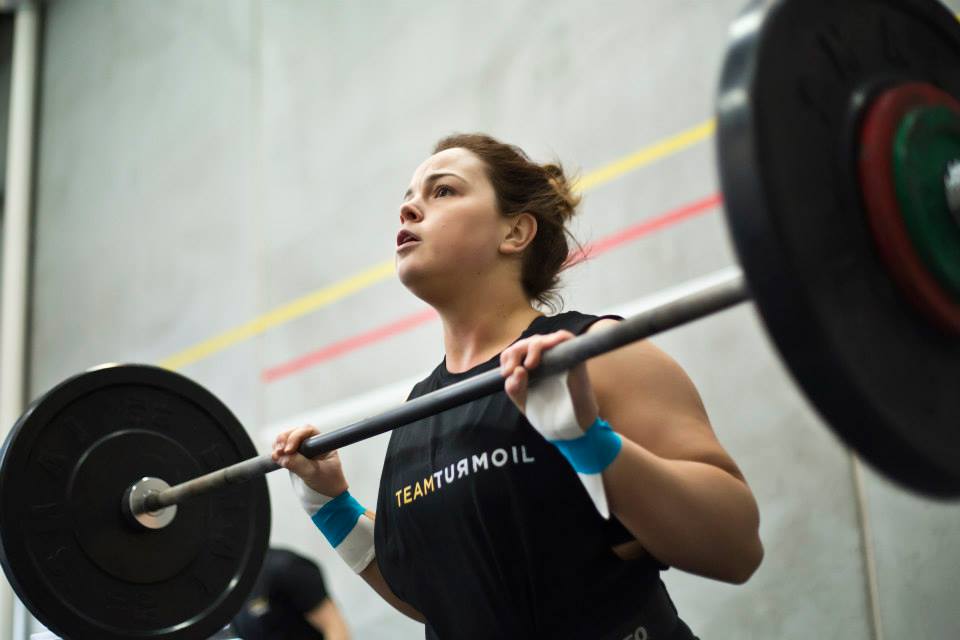 The second event was a CrossFit Games favourite and we created our very own version of a “Speed Clean Ladder”. In the female division, Kate reinforced her dominant start to the day with an outstanding time of 1 minute and 3 seconds. In the male division, Jake displayed a supremely efficient technique to secure the victory in the same time as Kate. The crowd were vociferously behind every athlete who took the floor and it was great to see the support shown to Kelly & Jian as they both attempted to equal their lifetime PR at the top of the ladder.

Event 3 brought along a different take on a CrossFit classic as we paired Thrusters and Pull Ups together in a 5 minute AMRAP.  In a gassy time based event, Jenna came into her own in the female comp. Her gymnastics skills shone through as her outstanding butterfly kip propelled her to a win in this event. Jen & Kate stayed at the top of the leaderboard overall with a 2nd and 3rd place finish respectively. On the male side of the draw, Lui showed everyone how he’s developed an engine as he cruised through the classic couplet to win his first event of the day. What was great to see in this event was that 50% of the female athletes did this event as Rx’d and on the boys side, only one of the 14 athletes completed the event with any scaling – this is a true statement about how much our athletes have developed in 12 months!

Our athletes love themselves a bit of Olympic Weightlifting and they were rubbing their hands together with glee when Event 4 came along. With 3 minutes to complete a heavy single on the Snatch, we thought PR’s would be few and far between. We were wrong!!! It was raining PR’s – on the girls side there were huge PR’s for Jenna (62.5kg), Jen (60kg), Pantz (50kg), Kat (45kg) and Em (40kg)! Em also produced the loudest victory scream of the day! In the boys division there were PR’s for Lui (100kg), Vito (65kg) and Tom (65kg). The leaderboard was getting tight at the top with a point seperating the top 3 girls of Jen, Kate and Jenna, while the boys side was equally close with only 3 points seperating Lui, Jamon and Jarryd. 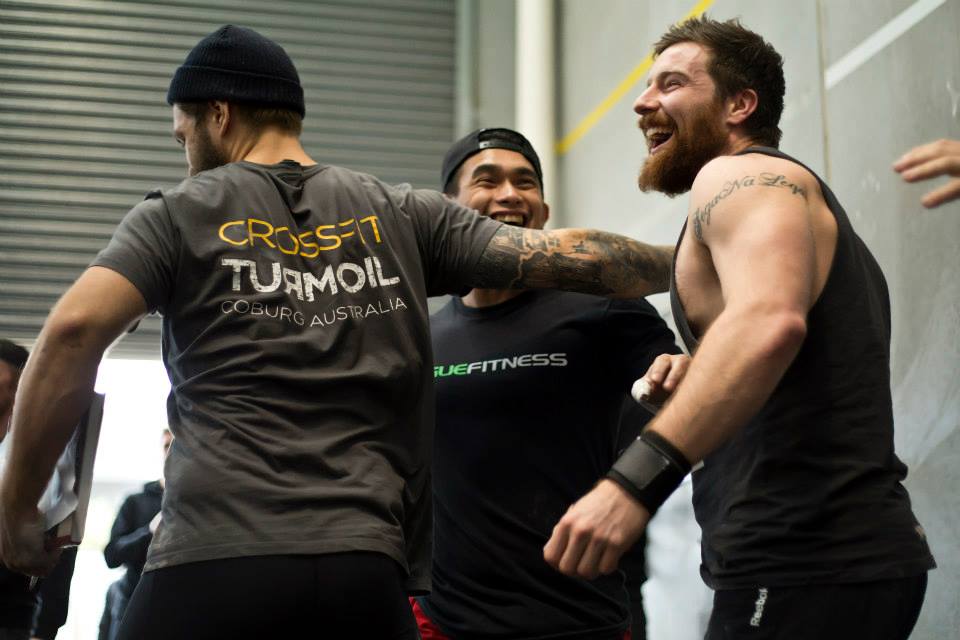 After the lunch break we knew that Event 5 could be the game changer and it certainly proved us right. We wanted this year to be a true test of overall fitness – any chinks in the armour would be exposed and our 1.6km Run followed by Overhead Squats workout displayed these. On the girls side, Megs proved herself to be the elite distance athlete amongst the pack with an electric pace on the run. Jenna & Jen showed how well rounded they are as athletes by coming in 2nd and 3rd off the run. Jenna ended up winning her 3rd event in a row by pipping Jen by 4 reps in the Overhead Squats. On the male side, Jamon looked to create some breathing space between himself and the other athletes by coming in first off the run and producing a dominant display in the Overhead Squats to win the event. However, Chris had been quietly climbing the leaderboard under the radar and his performance in this event pushed him into contention. Jarryd played it super cool as usual and claimed 3rd in this event to stay hot on the heels of Jamon. 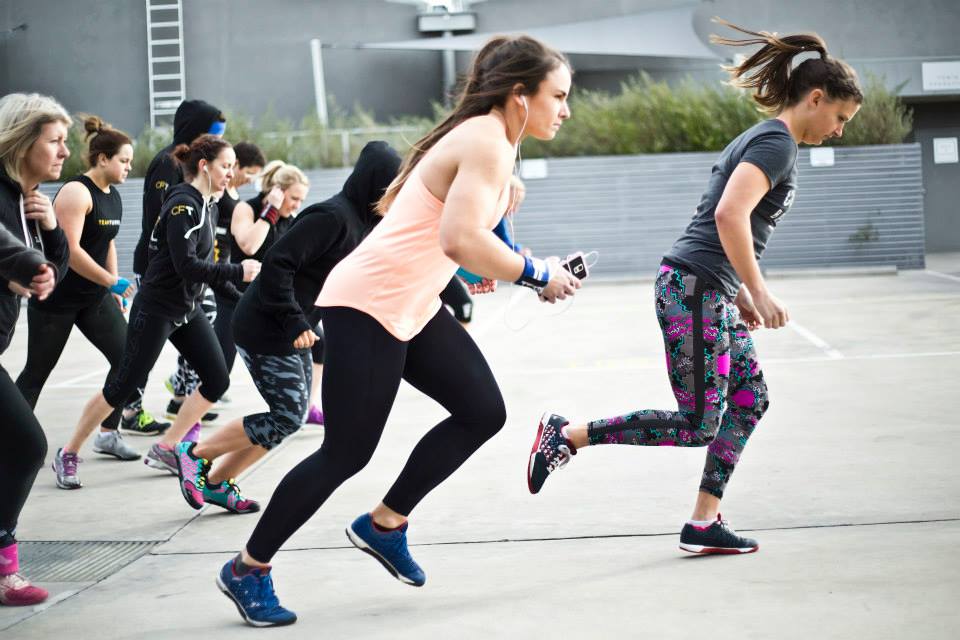 And then there were 6!!! The top 6 athletes in each division qualified for the Final. In the male division, these were Jamon, Jarryd, Lui, Chris, Caveman and Jake. The knockout chipper was designed to get progressively more challenging and it proved so with only one man standing tall at the end. Jarryd needed some help from the other athletes to make up the lead that Jamon had over him, but bhe found himself to be the closest challenger to the man in front. Jamon proved his worthiness to the title of fittest male at CFT by completing the barbell and gymnastics complex superbly to win the event and take out the overall title. The podium finishers in the male division were as follows: 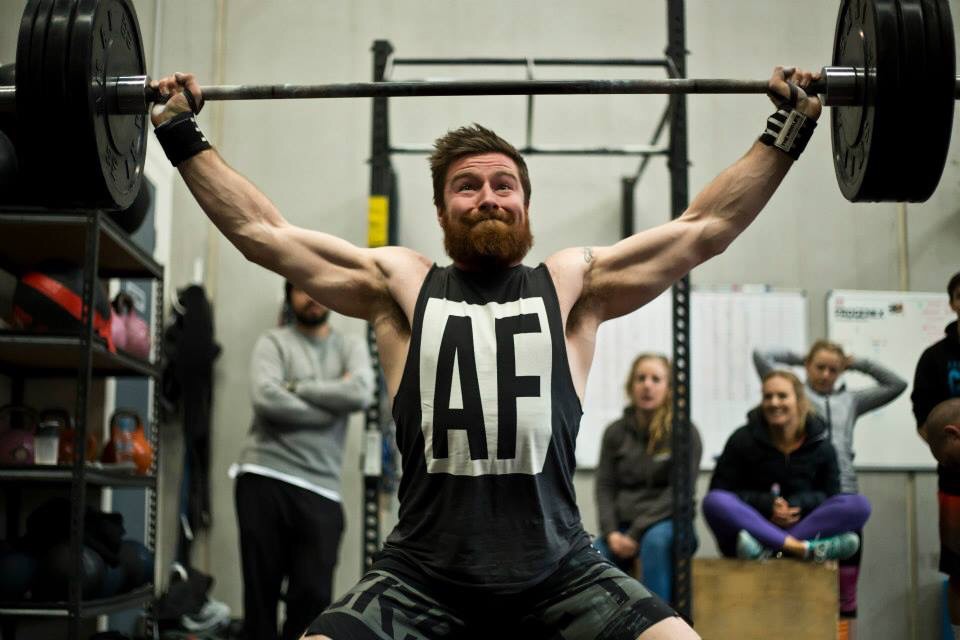 The girls followed the guys to close out the event. Our top 6 going into the final were Jen, Jenna, Kate, Emily, Megs & Pantz. This event was perfectly poised to be an epic finish to the comp with Jen & Jenna heading into it tied on points. They had some clear breathing space between themselves and the other athletes so the Final had literally become a winner takes all showdown! Jen took an early lead and looked to be dominating the field while Kate & Jenna followed closely behind. Kate chased hard as she had done all day, but eventually it came down to Jen & Jenna. Once the complex gymnastics came into play, Jenna suddenly stole the lead from Jen and proceeded to finish the event and take the title of fittest female at CFT! It truly was an unbelievable contest between some sensational athletes to close out the day. Our podium finishers in the female division were: 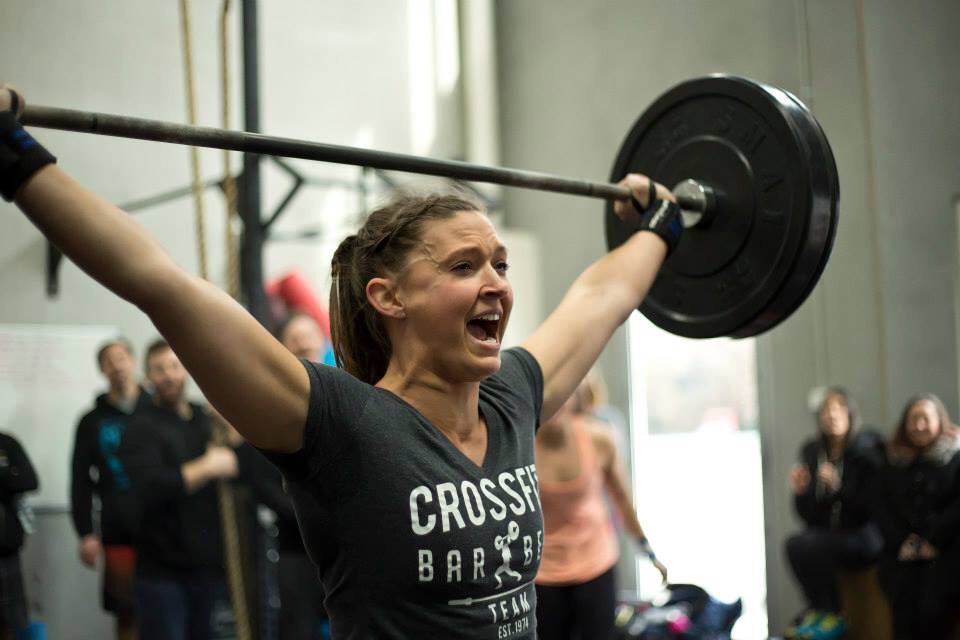 It was an incredible day once again at CFT and we proved that while we might not have the biggest box or the fanciest toys, we certainly know how to produce some of the best athletes floating around the local CrossFit scene. Our community is one of the most tight knit you’ll find and everyone was amazing in the support they showed throughout the day to make it such a special occasion. So much work goes on behind the scenes to make these events possible, but without the support and involvement of our members, we simply couldn’t host these type of events. Thank you to everyone who made it such a fantastic day and we can’t wait to see you all again at the next CFT event!