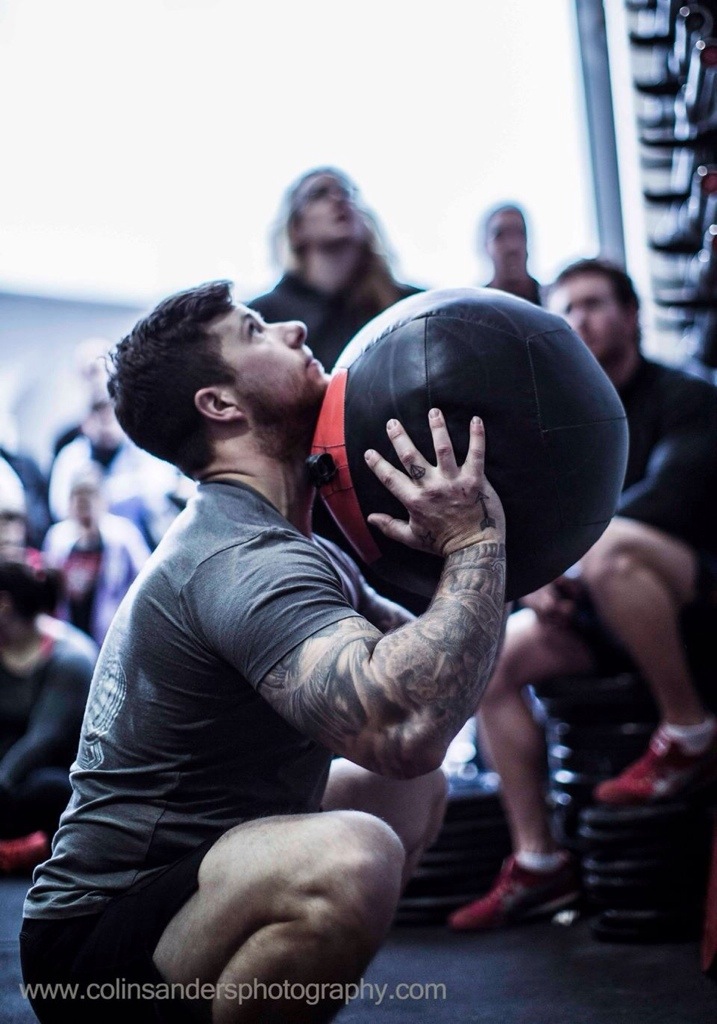 Today we are celebrating our male champion from “Carnage in Coburg”, Jack Rayner! The male division was always going to be a very keenly contested competition with any 4 from roughly 8 of the competing athletes having a serious chance of making the Final. As fate would have it, our very own “Big Four” of Jack, Frank, Sam and Lui made it to the final workout. Only 3 points separated first and fourth place going into the final and any one of Jack, Frank and Sam could still have taken the title so everything was up for grabs. In an epic encounter with Frank and Jack equal on points going into the workout, Frank took an early lead moving through his Wall Balls and Double Unders first. But Jack knew his game plan and caught Frank on the Kettlebell Ground to Shoulders! From there, he stayed just ahead of Frank and finished the workout in first place, therefore edging out Frank for the title. This marks an amazing transformation for Jack who first appeared at the box late last year weighing in at only 64kg! Clearly he had a lot of skills, but to be truly competitive he needed size, strength and a mental game to match. Having put on nearly 15kg of mass since then and consistently adding kilograms to his PRs, Jack is close to being able to break through to the big time! He’s a diligent worker who’s adapted well to his individualised program and we’re all very proud of his success – long may it continue mate!

Part A:
Split Jerk
25 mins to find a heavy double

NB, first round is 21 deadlifts, 12 box jumps and 9 shoulder to overhead. So on and so forth…